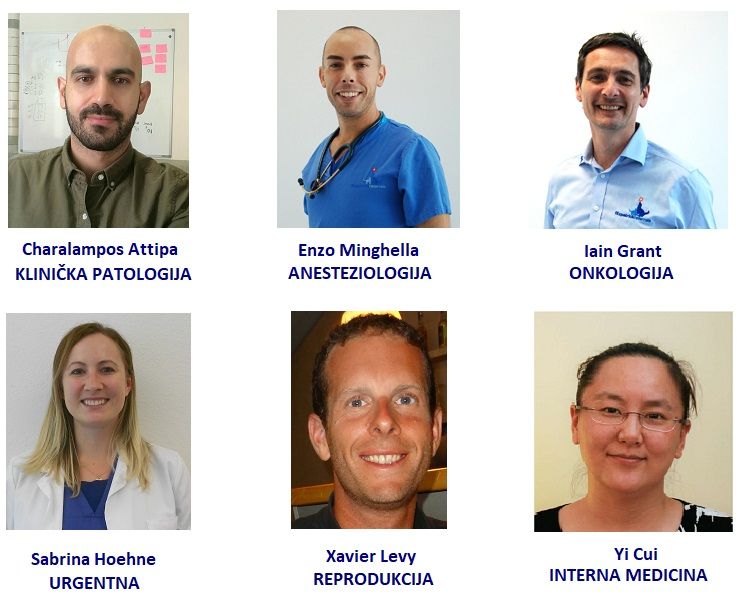 Dr Attipa is a Diplomate of the American College of Veterinary Pathology (clinical) with a special research interest in vector borne infections. He graduate with a first-class honours veterinary degree from the Aristotle University of Thessaloniki, Greece in 2011, and during his undergraduate studies he completed a research internship at the University of Cambridge. Following three years working in a busy small animal practice at Cyprus, he returned to the UK and the University of Bristol where he did an internship. In 2016 he began a residency in Veterinary Clinical Pathology at the Royal Veterinary College in London and in 2019 he was awarded the Diploma of the America College of Veterinary Pathology after successfully passing his exams. Currently he is a Wellcome Trust Clinical Fellow at Liverpool School of Tropical Medicine, working on zoonotic parasitic infections and paediatric cerebral malaria. Dr Attipa is the author and co-author of multiple scientific publications in zoonotic infections as well as veterinary pathology, and has presented at several American and international conferences.

Dr Enzo Minghella graduated from the University of Perugia (Italy) in 2006 defending a thesis on General Anaesthesia of the Foal. After spending two years in some of the busiest first opinion and referral practices in Rome, where he focused mainly on anaesthesia and emergency and critical care and moved to the UK in March 2009.

Iain trained in medical oncology at The Universities of Davis, California and Ohio State. Upon returning to the UK, he worked in academia at The Universities of Liverpool, Edinburgh and Glasgow. Iain is currently senior clinical medical oncologist at Fitzpatrick Referrals in Guildford. Iain is co-director of Chemopet LLP which provides consultancy advice and prepared chemotherapy doses for treatment of small animal patients in practice. He is a Diplomat of the American College of Veterinary Internal Medicine and is an RCVS recognised Specialist in Oncology. He is also currently the vice-president of the European Society of Veterinary Oncology.

Dr Levy started his specialisation by an intership in dog and cat internal medicine and surgery in Alfort Vetschool in 2003. Then, he did his residency in reproduction and in parallel be involved as a clinician in urology-nephrology in the medicine department of Alfort vetschool until 2007.

In 2006, he became the head of CERCA (Center of Research and Clinics in Small Animal Reproduction, ENVA).In 2007, he became ECAR diplomate.

He was in the Board of European Society for Small Animal Reproduction (EVSSAR) from 2010 to 2016.

Dr Levy is Past-president of the French Veterinary Society of Small Animal Reproduction, Breeding and Genetics from 2012 to 2018 (GERES, AFVAC). He is member of the Reproduction Council of the French Kennel Club.

Since 2004, Dr Levy is involved in a breeding program in wildlife for cheetah in South Africa started by the CRESAM society. He contributed actively to develop the first technique of non-invasive intra uterine insemination for wild felids: cheetah, leopard, tigers and lions. Since 2011, he became co-head of the scientific committee of CRESAM society.

In 2008, he co-developped the first private center dedicate to reproduction and pediatrics in dogs and cats in South of France (CRECS).He is still very involved in vetenarian education through a website (www.vetreproduction.com), teaching in european vetschools, and regular lectures/workshops in France, Europe and overseas.

Yi Cui studied veterinary medicine and completed her rotating internship at the university of Ghent in 2012. After visiting several European veterinary medicine faculties she started her residency at the University of Giessen and obtained her diploma of European college of internal medicine in 2019. After working as a supervisor in Internal Medicine in Giessen she moved to the University of Bern to continue her work there as supervisor. She is currently also working on a doctoral thesis about canine tracheal collapse.